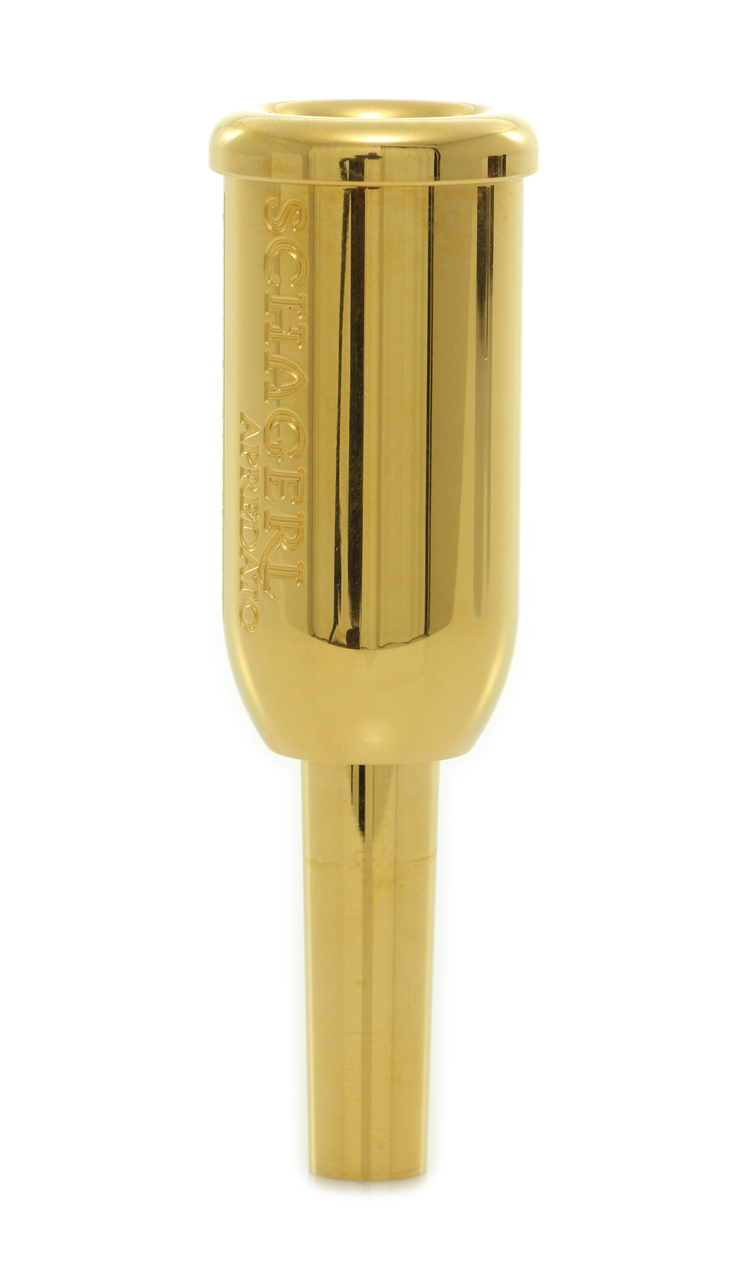 The Schagerl Apredato Mouthpiece started with the intention of providing players with a fuller, darker sound and a deep, resonant quality without drastically changing the usual rim and cup shape. Most heavy mouthpieces can be difficult to play, having more resistance than normal. At first glance, the Schagerl Apredato mouthpieces appear to be like most heavy mouthpieces, but Schagerl took a different approach with the Apredato.

The mass of the Apredato is reduced to a minimum, then an attachment is fitted and filled with water. The attachment is coated in waterproof materials to prevent corrosion and sealed with rubber to prevent leaks.

Replacing the water can be done by hand and should be changed at regular intervals.

Its going to take a little while to get used to the apredato but love the colours and the tone of the mouthpiece! Thanks again guys. And special thanks to Kyle for the little note with the mouthpiece. Very nice of you!