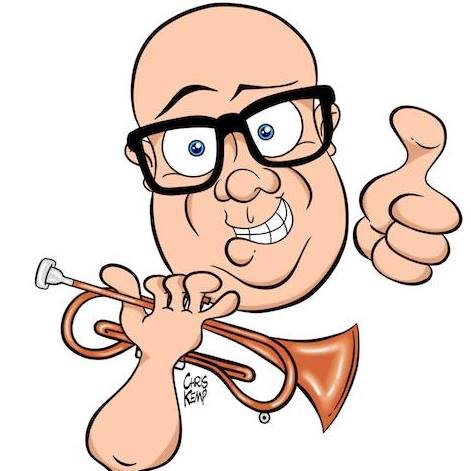 Celebrated trumpet artist, educator/clinician and entrepreneur, Trent Austin is a trumpeting Renaissance Man. His brilliant performances and recordings in both the jazz and classical music worlds, as well as packed-house Master Classes have garnered him rave reviews, awards and International acclaim.

A prodigy, in high school Austin performed at the opening of Euro-Disney and also was a featured performer at the 1992 Montreux Jazz Festival. He was selected first trumpet of the Maine All-State Music Festival and was awarded a full music scholarship to the University of New Hampshire to study classical trumpet. Austin’s other early career awards include being named to the prestigious Berklee Grammy® High School Jazz Band in 1993 and designated lead trumpet of the 1995 Disney All-American Show Band.  He was also a featured soloist at the 1996 Harmony Ridge Brass Festival and at the 1997 Lake Placid Institute of the Arts Seminar.

Trent has studied jazz improvisation privately with greats Jerry Bergonzi, Kenny Werner, Chuck Findley and engaged in extensive studies with Hal Crook and Charlie Banacos. His primary classical instructors include studies with Robert Stibler of the University of New Hampshire, Benjamin Wright of the Boston Symphony Orchestra, and with Edward Carroll, formerly musical director of the New York Trumpet Ensemble.

Fiercely dedicated to the cause and development of music and jazz education, Trent was a trumpet professor  at the University of Southern Maine for 9 years and regularly provides clinics and Master Classes nationwide at various trumpet and brass conferences, including at the International Trumpet Guild Conference and other trumpet/brass conferences. Austin also maintains an active teaching studio in Kansas City, MO  and worldwide online via Skype, providing trumpet and jazz improvisation lessons. 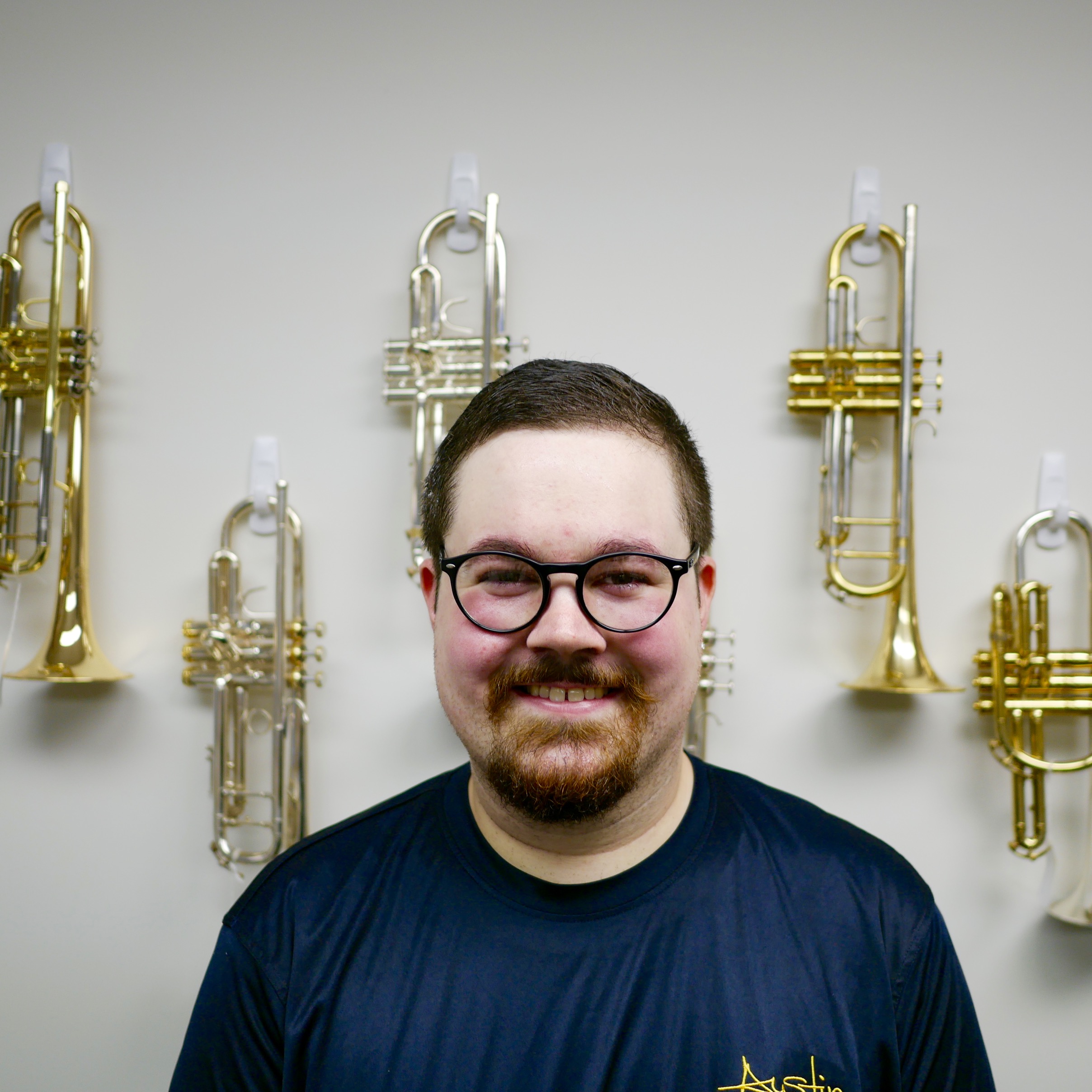 Kyle Lambert is a freelance trumpet player that grew up playing in the greater Boston area.  He's  been working at ACB since 2017.  Awarded a full scholarship at the Berklee School of music  he studied  Music Education and Jazz Composition at the Berklee College of Music. Kyle's teachers included Greg Hopkins, Phil Wilson, Tiger Okoshi, George Garzone, and Darren Barrett, to name a few. Kyle's main focus in music is small group jazz. He started working in sales with the New Hampshire Liquor Commission, before becoming a full time employee at ACB! Currently, he resides in Kansas City, MO where he is slowly getting into the music scene, and digging every second of it!

Josh has worked at ACB since 2015. Previously he served as the Coordinator of the Jazz Ensembles at Boston University, and has taught as an adjunct at several colleges in Massachusetts and Virginia. He is a member of NAfME, KKPsi, and Music Performance and Education, Inc. Josh is an active clinician and enjoys teaching and offering clinics. He has performed all over the country, and his compositions and large ensemble arrangements have been performed across the US, Germany, and Singapore. When not working, Josh enjoys collaborating with the SBS Fellowship, riding bikes with his wife, playing soccer, and Walden Pond… the place, not the book. 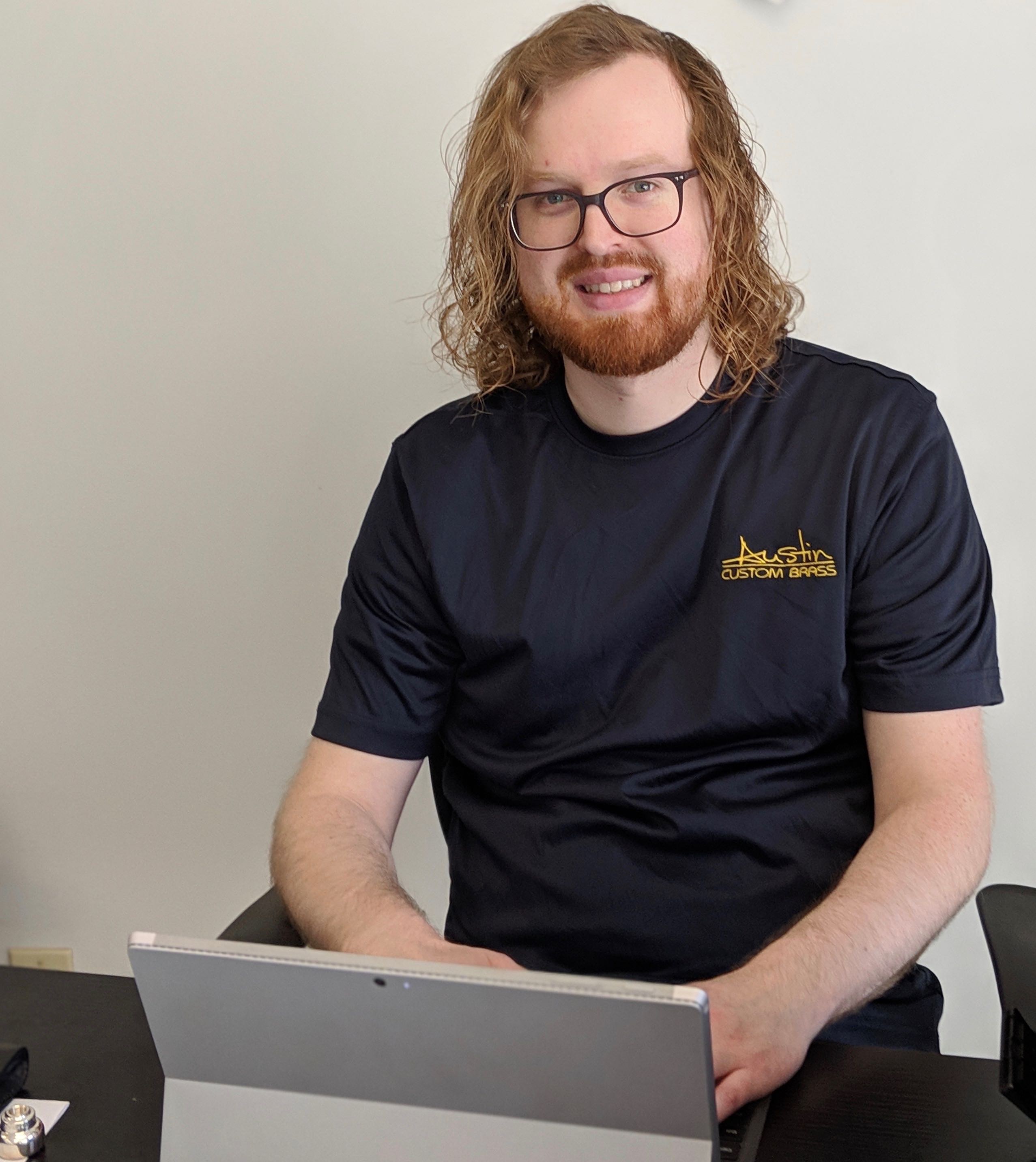 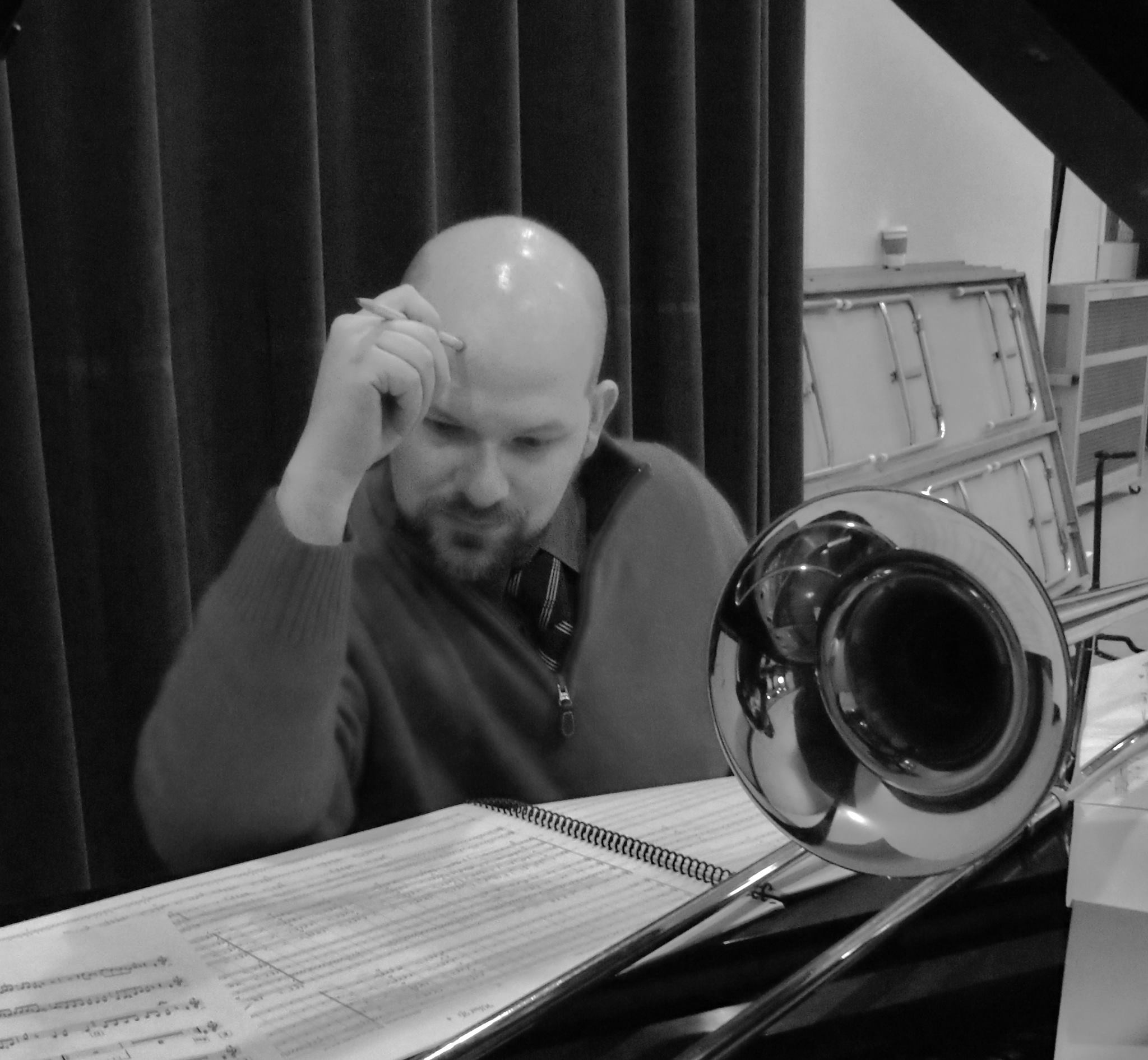 Eric Chapman is a trombonist, teacher, composer, and arranger in Kansas City. Born in St. Louis he came to Kansas City to attend UMKC, eat BBQ, and revel in the great jazz history of KC. He has performed and recorded locally with Clint Ashlock’s New Jazz Order, Bobby Watson and The UMKC Conservatory Jazz Orchestra, Son Venezuela, and his own ensembles J.E. Chapman Presents The Music Circus. He also recorded and released an album of original works for large ensemble titled 364 Days which received awards from The Global Music Awards. He was honored to participate in the BMI Jazz Composers Workshop. His original score can be heard in the social documentary by Quintin LaReau The Neighborhood. Chapman currently teaches private lessons and volunteers with The A-Flat Music Studio in Kansas City. He is very excited to have joined the Austin Custom Brass team and looks forward to working with you.

LAURA is a multi-faceted freelance trumpeter and music educator based in Minneapolis, MN where she also manages The Trumpet Shop for Schmitt Music. She has performed in national tours and presented educational chamber music clinics, masterclasses, and recitals throughout the Midwest and New Mexico and is a Teaching Artist at Schmitt Music in Brooklyn Center, MN. Saylor can be heard performing throughout the region with Opera on the River, the Dubuque Symphony Orchestra, the Cedar Rapids Municipal Band, the Tallgrass Brass Band, and as lead trumpet in the Motherlode funk band. She is the former principal solo cornetist of the Eastern Iowa Brass Band. Past performing credits include Bruce Vantine’s Cornerstone Chorale and Brass, the Quincy Symphony, New Mexico Philharmonic, Santa Fe Symphony, the Iowa Brass Quintet, Brass Transit Authority, and Dennis DeYoung and the Music of Styx.