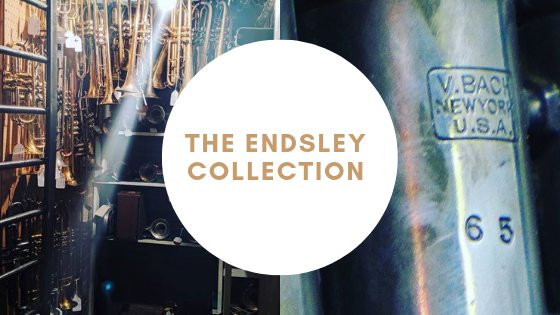 The following is a tribute to a great man and one of the  big reasons Austin Custom Brass exists.   Without Jerry teaching my friend Doug Meeuwsen a bunch about how to handmake trumpet mouthpieces  I am sure   I wouldn't  haven't started ACB.   When the family approached me to start helping with the sale of some of his collection I was more than happy to help.

Please note ACB will not be running these sales through the  KC  shop.  You can now purchase the items through the webstore but they will be shipped direct from the estate.  We are helping the Endsley estate sell Jerry's collection.    We are simply acting as a liaison and  all sales will go directly through the family.   This way the family gets all the proceeds eliminating a middleman.  If you pay with a  check or money order you can save 3%  to cover our credit card fees.

Please note all sales are final through the estate and horns are in as-is condition.  Any questions should be asked prior to purchasing the instruments.

We will host all photos,  videos, and be happy to answer any questions.  There's a LOT in this collection (just see the video for the "vault picture")  and we will be listing all items when they become available.

Browse through the Endsley collection here!

We will host all photos,  videos, and be happy to answer any questions.  There's a LOT in this collection (just see the video for the "vault picture")  and we will be listing all items when they become available.

Any questions you might have  please do not hesitate to email us and we'll do our best to assist you. 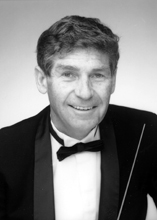 Endsley was born in Denver, Colorado on June 2, 1945, and began playing the trumpet at age nine. His early teachers were Eddie Keeler, Walter Birkedohl, and Charles Edwin Lenicheck. His father Clarence Endsley was an organist for silent movies, and later a mortician, and his mother Marguerite was a homemaker. Gerald graduated from East High School in Denver, and then attended the New England Conservatory as a trumpet performance major, studying with Roger Voisin from 1963 to 1967. He earned his Master of Music degree under Dr. Frank W. Baird at the University of Colorado-Boulder in 1969. He also studied with Robert Nagel at the Aspen Music Festival.
Endsley’s career began in 1966 when he won the position of Cornet Soloist with the Denver Municipal Band. He performed as soloist and Principal Cornet until 1995, when he assumed duties as conductor. He also founded the Denver Brass Trio and the Denver Municipal Band Brass Quintet. He was a leading freelance artist and music contractor in the Denver area, and was Second Trumpet of the Denver Symphony Orchestra during the 1978-79 season. He taught trumpet at the University of Denver from 1971 to 1976 and at Denver’s Metropolitan State College from 1978-79, where he later conducted the Metro Community Band from 2005 until his death.
In 1970, Endsley founded Tromba Publications, a company specializing in music for trumpet, cornet, and small brass ensembles. He authored several trumpet texts, including Odd Meter Etudes, Elementary Multiple-Tonguing for Trumpet, Volume One for Trumpet, Advanced Multiple-Tonguing for Trumpet, Comparative Mouthpiece Guide and Survey of the Word “Trumpet” and Related Terms and wrote several articles for various brass magazines. His solo album is titled Music for Trumpet, on his own Clarino Records label.
Endsley also established Endsley Brass Mouthpieces, which provided custom mouthpieces and modifications. An avid cornet and trumpet collector, Jerry Endsley owned over 250 rare instruments dating from the mid-1800s to the present. His other hobbies included collecting firearms, smoking pipes, and knives. He served on several Denver area arts boards, and was one of the founders of Summit Brass, serving as a member of its Executive Board of Directors from 1985 until his death.
Jerry was known for his fine musicianship, helpful character, and keen sense of humor.